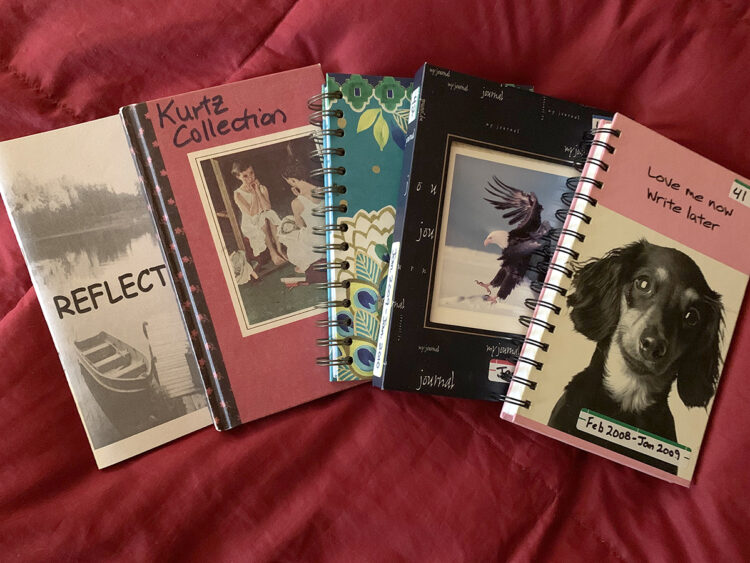 On the last night of a year, I traditionally write down my reflections while others write down resolutions. In my lifetime, the most impressive turning of the calendar came when the millennium changed. It was difficult to imagine a one-hundred-year chunk of time rolling over into a new century. Not just a new calendar of twelve months and assorted days, but a piece of time that would outlive me.

There was so much noise about the turning of that page. The previous changing over of a century had not included high tech.  Nineteenth century technology involved a change from horses to Model-T’s. Then, 2000 came into view with its computers and the big question:  Would they automatically clock into the new century or shut down everything that controlled most of our underlying societal systems?

As I closed out this year, I reread my 1999 journal and discovered an entry written by my mother speaking to the trepidation being spread on that fateful night. She wrote:

“The end of the 20th century – the beginning of a new millennium.  There’s so much hype; will there be Y2K disasters, Armageddon? Or??? It all seems so overblown to me. The T.V. newsmen speak in such urgent tones; dire predictions; questions. Some of the glitz and glamour of high-powered celebrations is being cancelled due to price gouging and fear.  Serves the greedy people right, as far as I am concerned. Many people are opting, instead, for a quiet New Year’s Eve at home with family and/or friends. So, perhaps there will be a return to sanity for one night.

Being that is we are now writing: 2023, you already know that we made it to the next day! On that morning, Mom wrote:

“Guess what?  We survived!  No Y2K crisis; no Armageddon! Just fantastic firework displays in some of the major cities around the world! For once, T.V. was interesting and connected all of humanity together in a splendid celebration of the new millennium with non-stop coverage from 3:45 a.m. December 31, 1999 to 5:00 a.m. January 1, 2000. It was thrilling to see the spectacular fireworks at the Eiffel Tower and to realize I had climbed to the first platform of it just last June. And, to see the celebration in Madrid at La Plaza Mayor, where I had been three years ago! Truly awe-inspiring.”

Journal memories.  Do journals keep things and people alive? Does revisiting the past help our insights to the present? Does it matter? Isn’t it enough to just ponder the past for its lessons?  More important is dreaming unto the blank spaces of the new journal. That brings us to the next tradition:  making resolutions.

Before formulating images of the desired future, breathe in and release slowly. Then, meditate a moment with Buddha.

I grew up hearing, “You are what you eat,” and my father’s addition,“What gets your attention gets you.” Combining the two statements morphed into his question, “Why would you want to feed your body or your mind garbage?”  I internalized that and added the belief I should employ positive words and visualize positive outcomes. New Age jargon?

Quitting is a concept at this time of year. Quit smoking; quit eating so many sweets; watching so much television; spending so much time on social media. . .  You fill in the space. Quitting something, could translate to beginning something?

What is something you wish to try? Something you always brush away for lack of time or perceived ability. Start by catching the negative self-talk. Start to take morning walks. Start to leave apple slices in your candy dish. What positive image can replace negative behaviors?  Try a new thought.

I don’t want to oversimplify addictions, but having a higher power and this Buddha quote might be the first exercise in turning something around in 2023.

Me? I get lazy. There was a show called, Bewitched, when I was growing up. The protagonist was a good “witch” named Samantha. She could twitch her nose, say some magic words and her house would be clean, the grass mowed, or entire personalities could be changed. I’d fantasize what I could do with that twitch, but alas, human nature jumps too quickly from cleaning up the house, to a new house, and hey, why not in Mexico. . . on the beach . . . with a cook, maid, and chauffeur. Yikes!

Nope. We have to do our own work. Back to Buddha. What do we want 2023 to look like for ourselves and then work out along the ripples. My wishes aren’t new innovations. Maybe even worn-out over human time.

I want health. What does that look like? Yoga in the morning. A balanced breakfast. Keeping up with bills. Soaking my feet. Taking a nap. Helping a friend. Doing something I like. Saying thank-you. Balancing social with silent times.

This year, I invite you to be mindful of Buddha’s quote. Listen to your thoughts. What are you telling yourself? What do you want to tweak?  I invite you to write five goals down, put them in an envelope, seal, and tuck in with holiday decorations, so you’ll find it next Christmas. Open your visualization envelope on New Year’s Eve, 2023. See if the universe pulled some of your visions, your thoughts, into things. Not magic. Not a miracle. Maybe the law of attraction. Stay tuned.