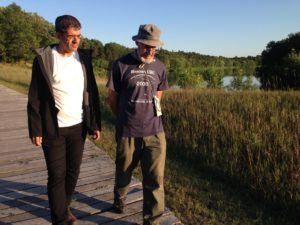 It is 7:00 a.m. The August sun is already rising later than it did in July. The overnight temperature slipped to 52º sending a cool breeze into my upstairs room. How could summer already be on the way out?  The winter was so long, so cold. This breeze is already showering yellow Ash tree leaves into the yard. But wait! Summer isn’t over!

Today, Alberto is coming. His plane is landing at this very moment in Minneapolis. Alberto first touched down in Minnesota in 1999 when he was on his way to be an Amity Aide for Brainerd High School. Amity, an exchange program shuffling twenty-somethings from around the world into American (i.e. U.S.) classrooms for global and language enrichment.

The Amity Program was founded in 1962 by Dr. Ernest and Emily Stowell of none other than –  ta-dah – Eau Claire, Wisconsin, home of my youth! They were members of the First Congregational Church where my father was pastor at the time of my growing up.  That makes it about two degrees of separation for me and now three, for you!

Amity continues bringing the “real life” touch to high school and college classes around the nation.  Albert was one of many arriving over the years at the tiny local airport to join our town of under 15,000. It was a cultural shock.

“Where are all the people?” was a common question especially after 5:00 p.m. in the downtown. They came from urban areas where 300,000 was considered a small city.

“Is that where the poor people live?” was a question asked by a Chilean when we drove past a frozen lake in January and saw all those little huts out on the great white expanse.

“Do you really eat chicken with your fingers?” came from an Argentine, horrified at our lack of good table manners. 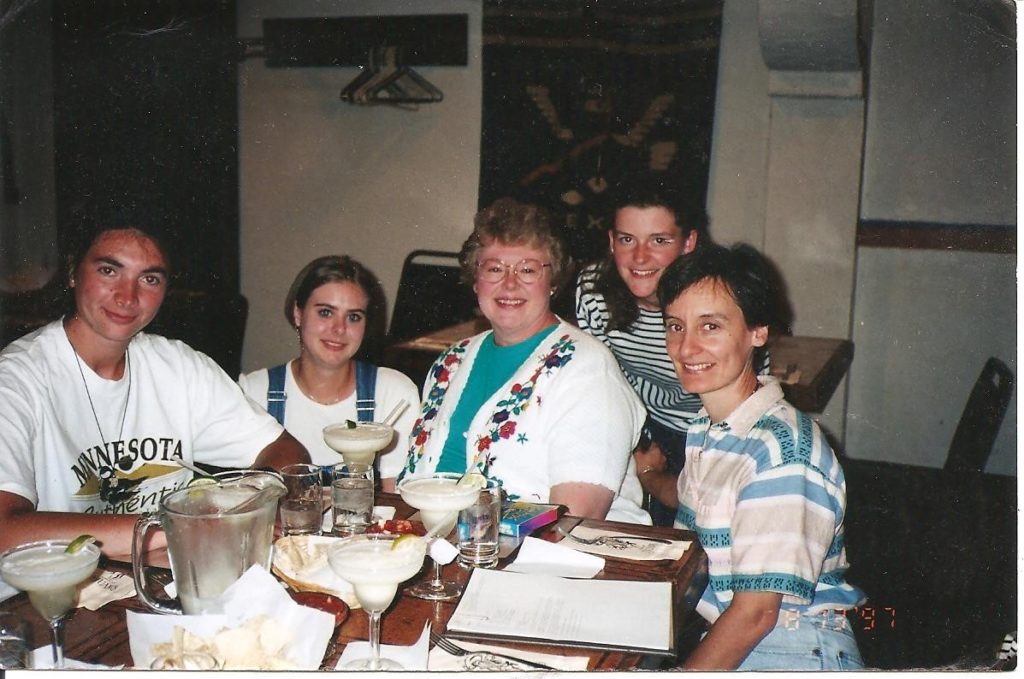 The first Amity teachers arrived in 1997 under the organizational skills of Edith Alvarez, the Spanish teacher designated to coordinate and oversee the incoming Amity Teacher aides.  The first three came from Spain (Angels), France (Fabienne) and Germany (Krista).  Local families opened their homes and families to these new members.  I invited them to do some snowshoeing as a welcome to our winter.

Over the years the incoming French, Spanish and German teacher aides assisted the local teachers in those specific language classes. The work of supervisor included choosing candidates from applications sent by AMITY, finding housing, dealing with culture shock (on the part of the teachers and/or their families) and arranging local visits.

The beauty of these exchanges begins in the classroom, but keeps on giving for a lifetime.  Many host families return to their exchange teacher’s countries, completing the circle.  They have shared in global weddings, family vacations and sometimes, the next generation has a home to visit or a place to study when they go abroad.

Today, in just a few hours, this will happen again.  Alberto will turn his rented car off of Highway 371 unto my dirt road.  We will exchange joy-filled abrazos and maybe even the traditional air kisses.  I’ll feed him corn-on-the-cob, watermelon and rhubarb cake with vanilla ice cream. We will hike along the Mississippi at Crow Wing State Park and tell him of its history. I invite him to the Mille Lacs Indian Museum at Onamia. He will want to go shopping!

At my table, he will tell stories of his past two weeks in San Francisco, Las Vegas, the Grand Canyon and Seattle. Alberto will share his impressions, comment on life in the United States, compare our politics and pour some thick cream into his coffee. We will call his host family and arrange for him to stay with them, again completing the circle.