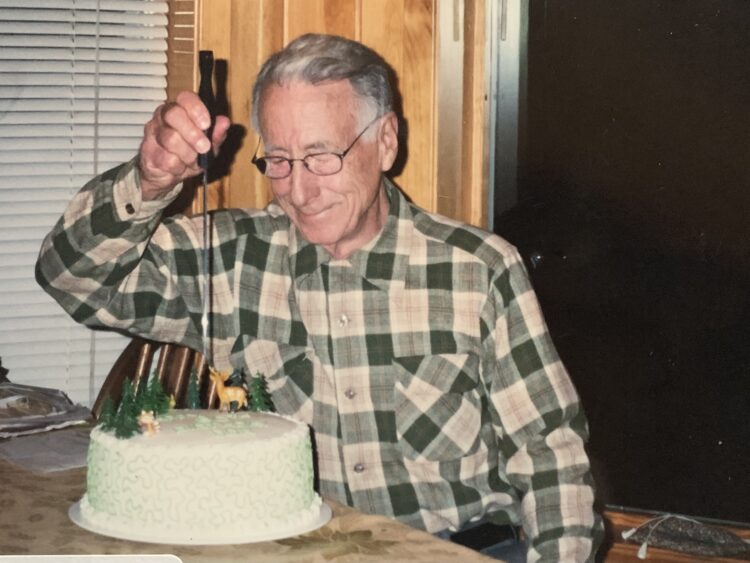 I am a person of the north – a four season type of person. Last month, I was enjoying the extended fall of glorious color changes, honking geese, putting the garden to bed, and unusually warm days. Today, they are forecasting – CHANGE.

“Up” north, this is also the cultural season of “The Hunt” in our woods. The chickadee wings flutter by the camouflaged men sitting up in the branches in their metal deer stands, eyes shifting through the forest floor below. Red squirrels scold, sometimes startling the hunter’s hope. I hope they will follow the ancient indigenous tradition – whereby hunters asked permission and gave thanks to the animal when it gave up its life. Both culture and the environment would benefit from this syncretic blending.

My father blended his spiritual, ecological, and hunting beliefs across cultural mores. He was a hunter, trapper, fisherman, gardener – an all-around outdoorsman, making his living as a preacher and later, a clinical psychologist. He prepared his traps, guns, and fishing lures with reverence for the hunt. This respect included awe for all flora and fauna, their life patterns, and their place in the world’s ecosystem. When he brought them to our table, there were prayers of gratitude to the Creator and the creation.

He was born on Thanksgiving Day, November 26, 1925. Each Thanksgiving, he brought a small bag with four kernels of corn for each place setting and a prayer he read to the gathered.  It began, “We give thanks to the farmer. . .”  The litany included rain, sun, gleaners, and all those along the way from the beginning to the plates on our table.  The four kernels of corn were invoked in memory of the first Americans, the “Indian” in the Thanksgiving story. Our centerpiece was a traditional collection of Pilgrims and Indians, ceramics hand-painted by my mother. Our menu included the traditional turkey, cranberries, potatoes and pumpkin pie.  The story he told was not traditional.

“The corn,” he explained, “was propagated over centuries by the Indian, until it became what we have today.” He continued, “They knew about using fish for fertilizer, burying bits next to the seeds. They knew where and how to fish.”

After his trips to Mexico and beyond to the Peruvian Amazon, he added, “The earliest corn helped indigenous populations settle, partially leaving nomadic life behind allowing for population growth. Many built pyramids and developed grand civilizations. Hunting was still important, but with the corn, squash, and beans, called the Three Sisters, they had a balanced diet.”

The Thanksgiving story, as generally told, is based on myriad myths.  Minimal research uncovers that everything from who attended, what was eaten, and the relationship between the Pilgrims and the Wampanoag (yes, the “Indians” have a name), are varied and questionable.  It is recorded that a fine feast was shared between these two groups, with Pilgrims being grateful for having not starved to death, due to the generosity of their neighbors – the ones living there when the Pilgrims showed up. Was it more a friendly gesture or a political alliance as more settlers came across the Atlantic and vied for the First American’s living space?

Historical record proves that Spaniards predated the Pilgrims with their settlements in today’s state of Florida. According to National Parks Service sources, a “gratitude feast” of religious nature was held there, with the sharing of salt pork, garbanzo beans and a Mass, in 1565. George Washington didn’t declare a special day of gratitude until 1789 with Abraham Lincoln reinforcing the holiday in 1863, after the bloody battle of Gettysburg.

Even a brief search for information reveals the depth and breadth of missing voices in the Thanksgiving stories pervasive in United States schools and churches.  By stepping back and seeing a wider picture, Thanksgiving holds a theme of gratitude, but misses the multicultural and historical implications.

This Thanksgiving, I will continue to share a ritual of gratitude by speaking out my thanks. I will call out: “To the farmer, to the essential workers, to the inventors of COVID vaccines, along with gratefulness for the roof over my head, more than adequate food, and the love of friends and family.” Gratitude is the gift enriching our own existence.  Thankfulness is the message.

This year, I will also tell another story. One that sees the Pilgrims, the Wampanoag, the wild rice, the wild turkey, the political implications, the seizing of land, the seeking of religious freedoms – seeing ourselves in historical context, and recognizing a more comprehensive opportunity to see others.

This November – This Thanksgiving Day – bring to the table another Point of View! Read an excerpt from a Pilgrim letter. (Ojo: at the bottom of the page you can click on a lovely audio recording of a young girl reading the letter.) Also, do you know about the Wampanoag tribe? Hear Chief Massasoit’s side of the Thanksgiving story in this article.

Who used to live where you live now? What new historical and cultural perspective can you add to your tradition this year? Debunk a myth and open a space for enlightenment.

Thanksgiving – a Great time to CHANGE perspectives by adding other cultures and their part in the story.

How do you say “Thank you”?

TELL YOUR STORIES: Take today to share your memories and knowledge of your Family Tree with other family members. 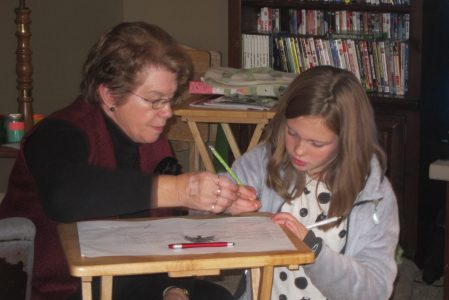